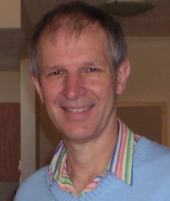 The first instrument I learned to play was the recorder, which I started in the 4th year of primary school in 1962. We lived in small country town in Victoria, Australia. Those were the days before you could five buy plastic recorders on Ebay for $2, so my teacher, Mr. James, whom I adored, had to order a wooden recorder from a shop in Melbourne. It cost my parents the equivalent of $80 in 2009 money. The recorder was hand-made from pear wood and had a strong aroma. My greatest achievement for that year was joining the school recorder ensemble, then graduating to a treble recorder that my teacher lent me. I was able to eke out a harmony line to God Save the Queen at our school assemblies every Monday morning.

After Mr. James left the school the following year I fooled around with the recorder for about a year until I became too frustrated with its limitations and forgot that I even owned one.

I didn’t play an instrument again until I turned 21 in 1974 I begged my parents for a flute as a birthday present and they obliged. Not knowing anything about flutes they were swindled into buying me a second hand Couesnon, a brand best forgotten although to be fair, I may have just got a dud. I can’t blame that flute for the fact that it took me three days to get a sound out of it, and even then it wasn’t much of a sound. Co-incidentally, I had spent four miserable years searching in vain for an interesting career. Within a few weeks of owning my first flute I knew that I wanted to be a professional musician. No matter that I couldn’t play much, at least I had a direction.

A professional piano player I met told me that I would be able to learn to play well enough to go professional in nine months, a statement I believed wholeheartedly despite the fact that the guy was a bit drunk Nine months came and went. With no money in my pocket and not much ability at flute playing either I turned to driving a taxi in order to support my flute practising habit.

Meanwhile, you may be interested to hear how I’ve progressed from those first breathy notes.

On the saxophone, I’m playing a Yamaha tenor with Garry Stocks on guitar, accompanied by a virtual band.