How Reliable are They? 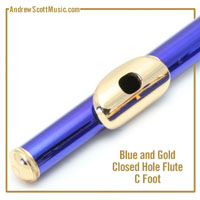 I often used to receive inquiries like this from visitors to my site:

“My daughter would love a coloured flute for school band but all the report I have seen say the are junk and will break easy.

And I will spend more time fixing them then playing it.

My question is do you have many return due to this or are they pretty reliable?”

I would respond this way:

As a flute teacher, I hire and sell my Masterpiece brand flutes to my students in Australia.  I also supply them all over the world to people who appreciate the joy and delight that a beautifully colored instrument can bring to the art of music.  I wish I could tell you that every colored flute I supply is 100% reliable, will respond flawlessly for years, even with daily multi-hour practice sessions, and will never more the the most minor servicing, which will cost less than $10. Sometimes, this is true.

I have taught students who bought colored flutes from me at the beginning of their tuition. Over the course of several years I’ve witnessed their flutes being transported to class, assembled, played, cleaned, disassembled and returned to its case, taken away from the class, and shown off to their friends in the playground. After all this, the flute is still as responsive as the day it was new, without so much as a tweak. In a few extreme cases I’ve even seen astounding reliability from Masterpiece flutes that have been regularly abused by dropping, knocking against hard objects, put away dirty, and losing the crown from the head joint.

About 10% of my Masterpiece flutes are as impressive as this. Another 70% of flutes grow old gracefully. They provide good value in terms of the money spent versus the quality of sound they produce and the opportunity they yield for a student to have a joyful experience learning to play on an “awesome” instrument.

Occasionally, I need to make a small adjustment, which involves tightening a tiny screw about 10 degrees.
Although the adjustment is very simple to make, it’s unlikely that you would be able to do it yourself,despite the inclusion of a screwdriver with your flute purchase.
At this stage you would contact me, whereupon I would advise you to phone a local instrument repair shop to ask about their attitude towards cheap colored flutes that have been bought online.
It’s important to mention that you only need an adjustment, not a service, because servicing a flute involves taking it apart and cleaning it, among other things, and costs around $150.
Some repairers sneer at colored flutes, perhaps because the flute was not bought from them, or maybe because they value reliability above appearance and price.
If you find a friendly repairer, your 12 month warranty covers the cost of repairs up to $US25.
If you don’t find a repairer with a suitable attitude then you can return the flute to me, and I will repair it, or replace it if a repair is uneconomical.
Admittedly, if you were playing a brand new Yamaha 221 flute, (the benchmark by which I assess the value of all other flutes) it’s unlikely that any adjustments would be necessary.
But, the Yamaha model 221, which is the cheapest in the range, does not come in any color except silver, AND it costs $700 – more than 3 times as much as my Masterpiece brand.
You can even find cheaper colored flutes than the ones I sell, but I cannot recommend them because I have no control or faith in the quality.
When I first started offering colored flutes I bought flutes from several different suppliers. Some of them sent me flutes that were so badly made they were unplayable. I don’t buy from those factories anymore. Some of my competitors must be buying from them because those factories are still in business.
Now that I have found a reliable supplier I still check every flute to make sure it is playable.
Every Masterpiece flute is working perfectly when it leaves me.
The quality is as good as it can be for the price.

Halfway through 2019 I decided to stop selling colored flutes, although it took 18 months to clear my stock.
Although I was able to reconcile my conscience with the spin I put out in myadvertising,, I got sick of all the repairs, and adjustments and failures that accompanied too many of these flutes.
Sure, my young students were thrilled with the appearance of the bright shiny object, but it was I who was responsible when something went wrong.
Added to this inconvenience was the fact that my flute-selling competitors were often selling flutes at a price that was less than what i could buy them for.
There was no way I could make a decent profit that compensated me for all the angst I shared with dissatisified customers.
So now my students rent Yamaha or Jupiter flutes from me.
There is rarely an issue of something falling off or needing to be tightened.
And because most of them have never even seen a colored flute, they think that silver is normal.
What they don’t know, they don’t miss.
Win-win.